One of the most underrated of all Batman Villains is the freak Pamela Isley, aka Poison Ivy.  Yes the Joker is the best because he's the opposite of Batman, but Ivy should be one of the most dangerous. 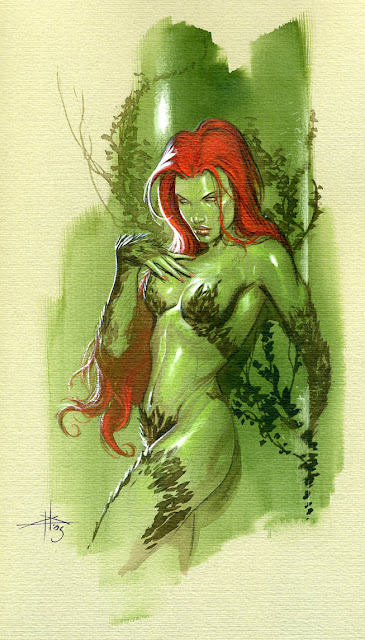 Many fanboys find her "hot" regardless of the fact that she's the "steal your soul and kill you in horrific ways".  She's a succubus or a black widow.  She makes a great villain for the fact that she can seduce a man...a BATman, whether through her charm or through artificial means.

This is a woman who once took control of SUPERMAN, for crying out loud and sent her after Batman.  If that doesn't make her dangerous, I don't know what does. 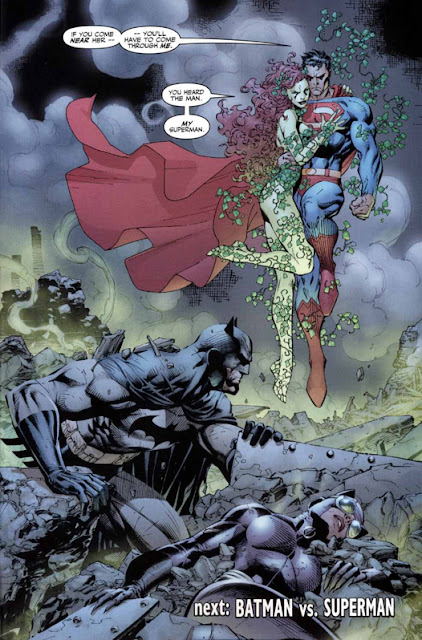 The second reason she's a great villain is the fact that she's an environmentalist freak.  Not the kind of person who just recycles, but someone who is willing to let people die or even kill them herself so that plants won't be hurt.  To her, plants matter more.

That's the scariest part of the character, when art imitates life.  People like her do exist, the most terrifying of villains are ones that reflect human nature.  Most bad people have just one reason to kill you, she has TWO.

Now in regards to the movie version "Batman & Robin", Uma Thurman did a poor job primarily because of the poor script and direction.  She gave monologues, for crying out loud.  But one aspect they got right was the fact that Poison Ivy was willing to sacrifice human beings to "save mother Earth".  She was also a loner, making men do her bidding and getting rid of women.  All men are property, all women are the competition.  That is the heart of Poison Ivy. 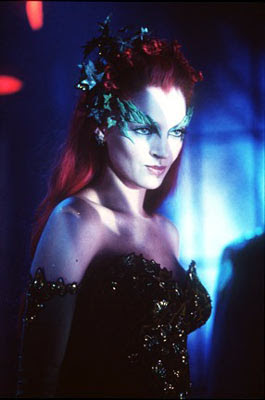 Poison Ivy is the personification of misandry, the hatred of men.  She's the most distrustful of all the Batman villains.  At least the Joker and others will trust each other at times, but the Joker would be a fool to trust even her.

We've seen Ivy twice in terms of animation, three if you include Arkham City.  These versions have been loyal to the character as well though at times they have had to make her more "PG". 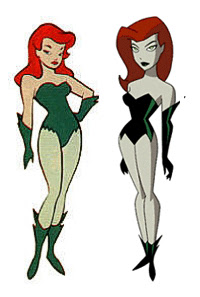 Bruce W Timm's version was subtle and true to her nature.  I especially liked how in one episode she referred to Christmas Trees as "botanical genocide".  I liked her upgrade, the picture on the right.  The sharper lines looked cool and she looked less human.  I like the idea of Ivy being a mutant of some sort. 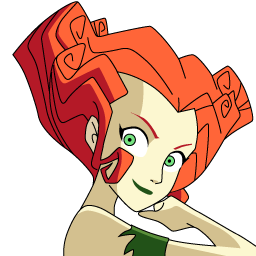 "The Batman" made Poison Ivy a teenager and though that might have worked for an episode or two but she works best as a woman, the same height as Batman and around the same age.  She should be on the same level as him but the reason why they made her a teen was so she was an equal to BATGIRL.  I do like her face and her hair, the curls looking like roses were a nice subtle touch.  I LOVE the fact that she was a terrorist, willing to do whatever it took to stop companies that she thought were destroying the environment.  Yeah, I can see her doing that. 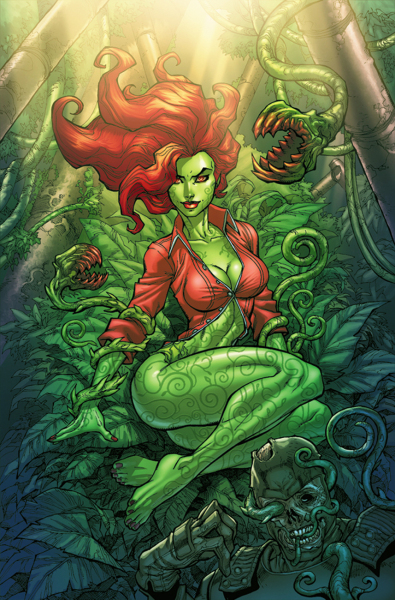 The most recent incarnation of Ivy is from Arkham City and it might very well be the best.  They downplay the environmentalist angle but have her domain be nothing but green with the plants taking over.  Her sex appeal is still there and I like the idea that she's still wearing a big of the Arkham uniform.  The eyes especially spell out her intentions.  I like the green tattoo-like markings on he skin.

One important reason for her being so dangerous is the fact that human life means nothing to her.  It's not like an insane person who just kills and you're supposed to be shocked.  With her, she has a reason and it makes sense in her mind why a human being has to die:  To save mother Earth.

The best part of why she's a great villain is the fact that she's a loner.  She stands alone, something that's unique, even among antagonists.
Posted by Jon David at 11:48 AM