I was a much bigger Star Trek fan in the past, especially growing up.  I was introduced to it by the Wrath of Kahn but I knew of the show and many elements of it.  I knew what the Enterprise looked like, I knew the Vulcan salute but there was something called "Klingons" which I found the name to be rather silly.

I went to a couple of conventions but never wore a costume or anything like that.  I didn't.  I swear, I never did!

As the movies and Next Generation moved on, the Klingons were "fleshed out", so to speak.  We found out more about them and even though they were also an advanced society technologically, many elements about them were still seemingly "primitive" to some, but I prefer the term "traditional".

The Klingon look appears rather barbarian-like.  It's like all of them wear metal and leather.  Klingons and demons are both violent and for them it's completely normal.  Demons take it to the next degree.  To them, violence is a normal way of life, the term "murder" is an alien term to them.  Klingons hit each other and to them it's no big deal.  Sure, this might seem normal to someone raised in that environment, but every family has its black sheep.

I think Klingons were best during the Search for Spock and the Undiscovered Country.  At best, the Klingons are allies against common enemies like the Borg or the Dominion.  At worst, their conquerors who want to rule because they think they're superior.  That's when they were more interesting.

Gene Roddenberry wanted the Klingons to be our friends when the Next Generation came along.  BIG MISTAKE.  The best I think we could hope for with the Klingons is a live-and-let-live attitude where they respect us for our strength but don't like us.  Humans merely tolerate the fact that they enjoy pain and don't bathe.
The demonic race of Hell would be more complex than just a warrior race that wants to kill with their own sort of hierarchy.  But it is their warrior nature, their superior attitude, their traditional look, these elements helped shape what demons in Morgalla's world would be like.  ﻿
Posted by Jon David at 7:13 PM No comments:

A Warm Smile by Rex Lokus

Another brilliant work by Rex Lokus, doing a better job than I could ever hope to. 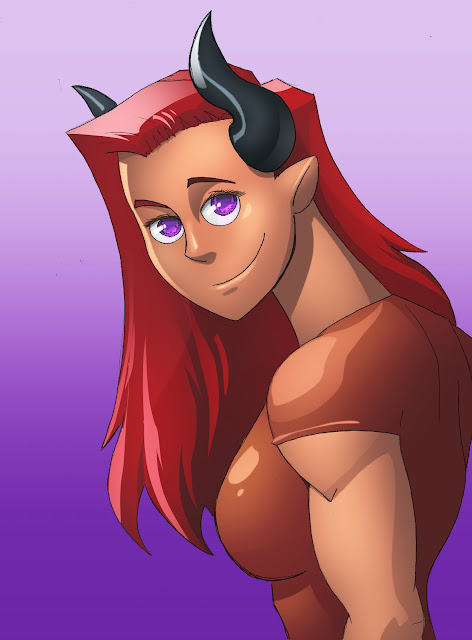 ...for introducing me to the word "failtroll".
Posted by Jon David at 7:17 PM No comments: 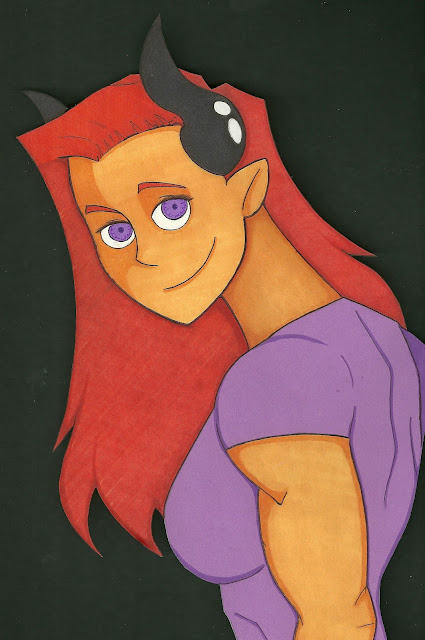