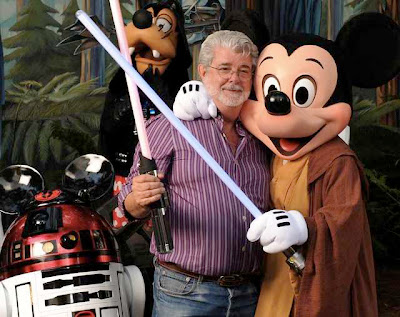 Oh and I'll say this:  Odds are Disney is going to do better with the Star Wars sequels than you EVER did with the prequels.  So I guess this is good news.  Shocking, but still has a silver lining.
Posted by Jon David at 7:12 PM