The Hobbit was a good movie but I'm still depressed they've turned it into three.  That fact is really the only thing that I'm annoyed with seeing that I went and saw a $5 film.

I think the decision was Warner Brothers and not Peter Jackson.  Movie companies have been known to do this sort of thing to make more money.  Case in point:  Deathly Hallows, Breaking Dawn, etc. 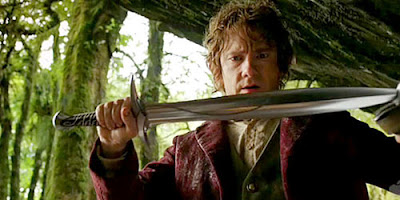 This being the first of three films, it's really padded and it didn't need to be as long as it was.

That being said, I enjoyed the film very much and it was great that Peter Jackson returned to middle-Earth.  The prologue is brilliant on an epic scale.

Thinking back to the 1977 animated film, it really is amazing how loyal that made-for-TV movie was not only loyal to the source material but also brilliantly animated...for TV, that is.

But I thought the goblins and trolls of 1977 were much better done than this version. 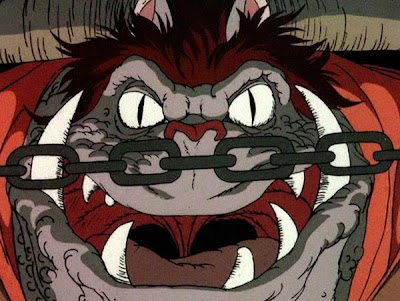 Jackson's goblins and trolls were more like comedy relief if anything else.  Yes they were a tad menacing, but only because of either size or numbers. 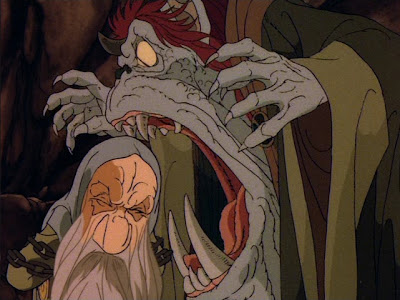 The Dwarves in Jackon's film are WAY better, though.  In 1977 they all looked a like and reminded me more of Disney's Seven Dwarves.
But still...
At least with Jackson, it looked like multiple artists worked on different characters.  If I didn't know any better, I would say that ONE artist designed ONE dwarf.
Good again to see many characters from Lord of the Rings, both Gollum and Saruman.  Even the characters I'm not a fan of like Elrond and Galadriel.﻿
Still a damn good movie, though, I cannot wait until they next two.  As for DVD, I think I'll wait for all three to be out, I'm sure they'll have some sort of special package.
It was awesome to revisit Middle-Earth, once again.﻿
Posted by Jon David at 5:51 PM