Covid has affected us all, but I had one other element over the past year that I haven't shared online, and that my mother is in a wheelchair. She needed three surgeries over the past year and her muscles have atrophied to the point where she can't walk. She not has trainers coming to her home to work with her. So yeah, this year has beaten me down in more than one way. In a year that has been absolutely insane, there was one thing that kept me going: I'm being published. Our pop culture; whether it be tv, movies, or comics, is in limbo and really doesn't know what to do with itself. We need Morgalla and more works like her; new and fresh. I had moved back from Florida to Michigan in 2000 after I had lost my job at Walt Disney World. It's a shame because I was looking to move up in the company and had a plan with schooling and work. I had a future. So I moved back home and spent a year trying to figure out what to do with my life. Then I remembered that I had this story about a demon girl who falls in love with a human, all the while evil forces conspire to invade Earth. This was the groundwork for "Diary of a Lonely Demon", which would turn into a trilogy. Sadly, no publisher or agent was listening. I went with self-publishing in 2009. I sold a few books and made some fans. I was honored. Sadly, one fan (for reasons that are her own) decided to try and destroy my career. She spent seven years doing so. I went on and self-published two more books. While I was in the middle of writing "WAR of the Dark One", my dad told me how proud he was of me for moving forward even though I had been through so much. My only regret is that my father isn't alive to see this day. A few years ago I started writing a prequel to my series, exploring Morgalla when she was younger and a tad naive in the ways of the world and of Hell. I had also grown weary of love stories. I was twenty years old when I invented Morgalla and was a hopeless romantic. It's changed a lot but the spirit and soul is still the same: love conquers all. Two years ago BHC Press picked up Morgalla and agreed to publish all four books. It's my honor and privilege to be partnered with them. I present to you the first of the Morgalla Chronicles: The Savage Peak!
https://www.bhcpress.com/Books_David_The_Savage_Peak.html 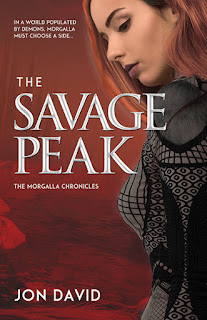 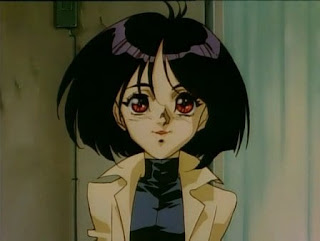 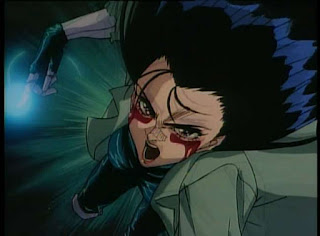 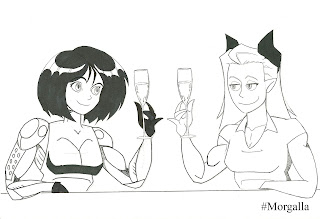